llOn May 5th, Pedro Antonio Canino Gonzalez, Venezuelan ambassador, read the letter at a news conference and reported on the relationship between the two countries. He informed the press of the apparent satisfaction of the Venezuelan government with the management of the PetroCaribe funds covering the 2012-2014 period. Ambassador Gonzalez also expressed the willingness of his country to continue this cooperation. "We are present at this press conference today to thank the people of Haiti, on behalf of the Bolivarian government and the Venezuelan people for its solidarity," he said. "The Haitian people had the courage to support the Bolivarian Revolution and the Venezuelan people at a time when they needed it most... We very much appreciate that brand of courage.” For the representative of the Bolivarian Republic of Venezuela, the best way for his country to show their gratitude to Haiti is to ensure the progress of the cooperation between the two countries. A bilateral cooperation and solidarity in which, according to him, respects the sovereignty of both countries. A cooperation focused on equality. "In 200 years, Venezuela has never been as close to Haiti like its been during the past 16 years." “We want to contribute to the development of Haiti," said Ambassador Gonzalez before informing that a PetroCaribe high-level commission has visited Haiti. The said commission's main objective was to analyze some policies in order to eradicate poverty and hunger in Haiti. "This commission met with the Minister of Agriculture and the FAO team in Haiti. They drew up a short, medium, and long term plan to end poverty and hunger in Haiti," he added. With respect to Haiti's debt to Venezuela, through PetroCaribe debt agreement, the Venezuelan Ambassador wanted to be reassuring. "All member countries of PetroCaribe owe a debt to PetroCaribe. I know of no country in the world that has no debt to another country, and Haiti regularly pays its bills," said Ambassador Gonzalez. Responding to a question from a journalist who expressed concern by the enormity of the Haitian debt, Ambassador Gonzalez said that "Venezuela also has debts,” referring to the 70 billion that Venezuela owes to China. He said Venezuela is probably the only country in the continent to have such a high bilateral debt. Shortly before leaving, the Venezuelan diplomat wished to inform the press of the content of a letter from Bernardo Alvarez Herrera addressed to Eustache Saint Lot. In this letter, the Venezuelan manager expressed his “satisfaction with the stewardship of the PetroCaribe funds for the 2012- 2014 period.” Article by Patrick Saint Pre Translated from Le Nouvelliste by Stefan Viard 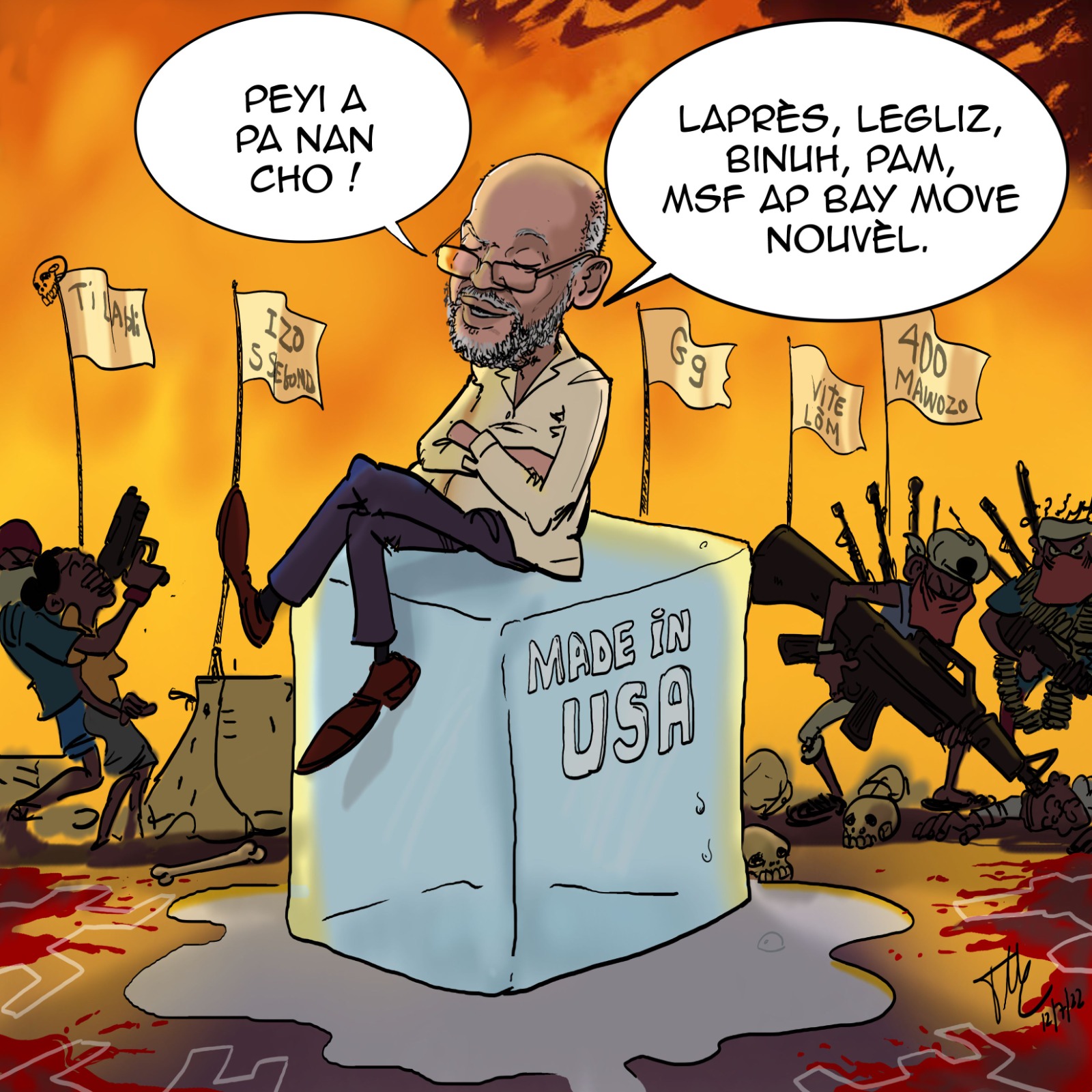